Worship with us in person or at home via Livestream, Sundays, 9:45am and 6:00pm. Learn more at COVID-19 UPDATE. 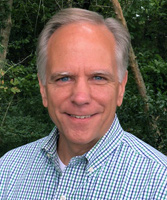 PASTOR FOR PREACHING AND VISION

Dr. Ron Allen was born to Christian parents in Smithfield, NC. He grew up in Garner, NC, graduating from Garner Senior High School in 1978. He accepted the Lord as his personal Savior at the age of nine and was baptized by immersion shortly thereafter.

The Lord led Pastor Allen to enroll in Bob Jones University (BJU) in Greenville, SC where he began to train for the ministry. He received his Bachelor's degree in Bible in 1982 and a Master of Arts in Theology in 1984. While in college, Ron met Janice Hoxey of Allen Park, MI. Janice graduated from Bob Jones University with a BSN in 1983. Ron and Janice were married on July 30, 1983. The Allens have four children, Jonathan (married to Lauren), Jessica, Jordan (married to Shannon), and Jennifer, and three grandchildren, Ellie, Kate and Charlotte.

In 1982, Pastor Allen began serving as a dormitory supervisor at BJU and in 1987 joined the staff at Bob Jones Academy teaching Bible as well as studying for his M.Div. degree which he obtained in 1989. During this time Janice taught in the nursing department at Bob Jones University. In 1993 the Lord led the Allens to transfer to Marquette Manor Baptist Academy in Downers Grove, IL, where Pastor Allen served as school administrator. He also continued his education by working on a doctoral degree. He graduated with a Doctor of Ministry degree from Bob Jones University in 1997. That same year, the Lord led Dr. Allen to Bible Baptist Church. He served as co-pastor for two years under the leadership of Dr. James Phillips. Dr. Phillips retired in August of 1999, and Pastor Allen became the senior pastor. 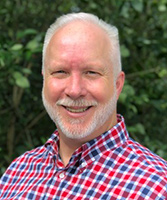 Growing up in Marion, Indiana, Bob's parents loved the Lord and made sure he attended church every time the doors were open. At age nine, he accepted Christ as his personal Savior while attending a Bible camp in northern Indiana.

The Lord used those years at PCC to prepare him for the pastoral ministry in New Hampshire, Indiana, and North Carolina. Bob loves to see people continue to grow in the Lord and help them take their next spiritual step. 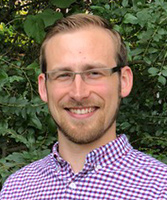 Evan is originally from South Bend, Indiana. Though he has been in the South for awhile, there is a special place in his heart for the flat farmland of the Indiana countryside. He, like many Indiana boys grew up with sports in his blood. He loved the Indianapolis Colts and continues to follow the Purdue Boilermakers  (Boil’er Up)! But something about Indiana is much more important to him.

Indiana was the context for most of his childhood memories, joys, and hardships, but is also significant because it is where he met the Lord. Evan began his relationship with God in his childhood years and then, especially near the end of high school, continued to learn more about what it means to grow in a relationship with God. It was soon after graduation from high school that God led him to the South to study for the ministry.

Evan enjoys studying and has spent more than a few years in school. Most recently he has completed his MDiv. God has used many experiences and relationships in his training years to form him into the person he is today. He cherishes openness and honesty and loves to see and imitate integrity. His desire is to be a sympathetic friend and mentor, since he has received so much from meaningful relationships.

He is thankful for the grace of God that has been evident throughout his life and desires to help others see and experience the grace of God in theirs also. He believes that Jesus Christ has the answers to man’s deepest needs and that those answers are revealed to us in the Bible. So it may come as no surprise that Evan loves to study, teach, and preach the Bible.

Evan is privileged to have a (growing) family as well. In 2015 he married his wife, Jamie. And in July of 2017 they were blessed with their first child, Landon. Their second child, a little girl, is coming soon! Evan and Jamie are excited to work with the youth at Bible Baptist and desire to see God continue to work in and through them for His glory. 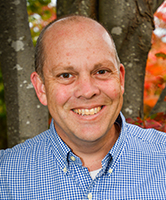 Evangelist Ron DeGarde was saved as an eight-year-old boy, and shortly thereafter God began to work in his heart about the matter of vocational Christian service. In a revival meeting at age fifteen, Ron surrendered to God’s divine call to be an evangelist. God has continued to confirm this call to evangelism primarily through His Word and also through years of ministering with other evangelists, evangelistic teams, various local churches, Christian Colleges, and Christian camps.

Ron graduated from Bob Jones University in 1996 and 1998 with both a Bachelors and a Masters degree in Bible. He traveled with Minutemen Ministries conducting youth rallies nationwide for two years and has been traveling in evangelism independently since 2002. He also served on staff at the Wilds Christian Camp for nine summers and two years full time. After finishing seminary, Ron married Kristin Scherbenske who is a gifted pianist, arranger, and composer. Kristin received her Bachelors degree in Music Education as well as a Masters degree in music composition from Bob Jones University where she also served as a dorm counselor for two years. Kristin serves alongside Ron as wife, homemaker, musician and mother. Ron and Kristin have four children: Abigail, Alyssa, Andrew, and Austin.

The DeGardes make their home in Charlotte, North Carolina and Ron serves as the staff evangelist at Bible Baptist Church. They are excited to see God’s power not only in their marriage and family, but also in their ministry. 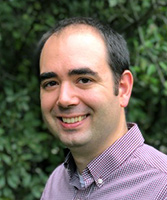 David grew up in the Basque region of Spain as the son of our missionaries, Roy and Lou Ann Keiser. In 1990 he trusted Christ as his Savior and two years later, was baptized by immersion. At thirteen years of age, he surrendered to God’s call to the ministry and began his journey in ministry. David met his wife Roxana in the Hispanic ministry of Morningside Baptist Church while both were studying at Bob Jones University. David holds both a B.A. and M.A. in Bible from BJU, as well as a M.A. in Translation from the University of Puerto Rico. Roxana, who grew up in Mexico, holds a B.A. in Bible from IPES Bible College in Sonora, Mexico, and two Master's degrees in Educational Administration and Church Music from Pensacola Christian College.

In August 2010, David and Roxana moved to Puerto Rico to teach fulltime at Puerto Rico Baptist College. After seven years of service in Puerto Rico in both local church and college ministry, the Lord called David to the Hispanic pastorate at BBC in June 2017. David and Roxana have two boys, Samuel and Daniel. 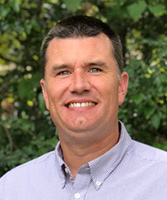 Dr. Brad Parker grew up in Maryland in a Christian family and was saved at a young age.  During his senior trip at The Wilds Christian Camp, Brad was called to full-time ministry with a burden to work with teens and children.  Brad enrolled at Bob Jones University and graduated with a degree in Business Education with a desire to impact the lives of teens and children in the area of Christian education. He continued his preparation for ministry by receiving a Master’s degree in Biblical Counseling and a doctorate degree in Educational Leadership. He served as business manager and administrator of Frederick Christian Academy from 2005-2018.  He also served as assistant pastor of People's Baptist Church from 2016-2018.  He has served as the Executive Director of the Maryland Association of Christian Schools and the Mid-Atlantic Regional Director for the American Association of Christian Schools.

Currently, he is the administrative pastor at Bible Baptist Church and Christian School, and he is also teaching counseling and education classes at Bob Jones University and Veritas Baptist College.  He and his wife Amy have 2 children, Nathan and Anna, and enjoy serving the Lord as a family. Brad’s goal is that others would passionately pursue Christ with their lives and that Christian teens and children would think biblically about decisions and choices that they make.